On Sunday 15th October a group of 12 members and guests boarded a catamaran the ‘Channel Diver’ at in Brighton Marina. Our skipper, and very knowledgeable guide, Steve steered us through the marina and out to sea for the 8 mile trip to the Rampion wind farm. 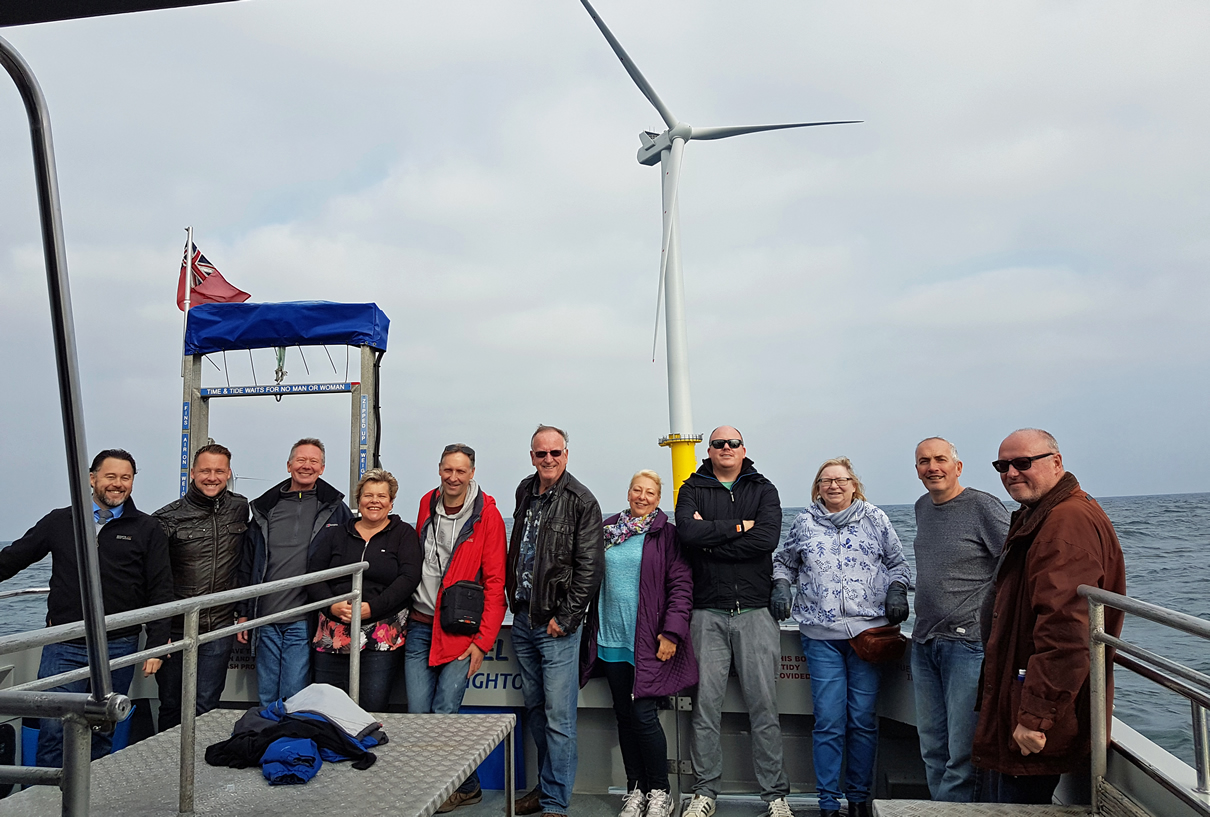 Despite being a calm, warm day the sea was surprisingly choppy, which made for an exhilarating journey out to the farm! A sea mist obscured the view of the wind farm and it wasn’t until we’d reached the half way point that the tall windmills gradually emerged from the fog.  After a 45 minute  run  at a fast pace we arrived at the perimeter of the farm, where 116 windmills awaited our inspection! Surprisingly there was no restriction to us cruising between the masts and we were able to approach each to within around 10m, which made for some very interesting viewing. 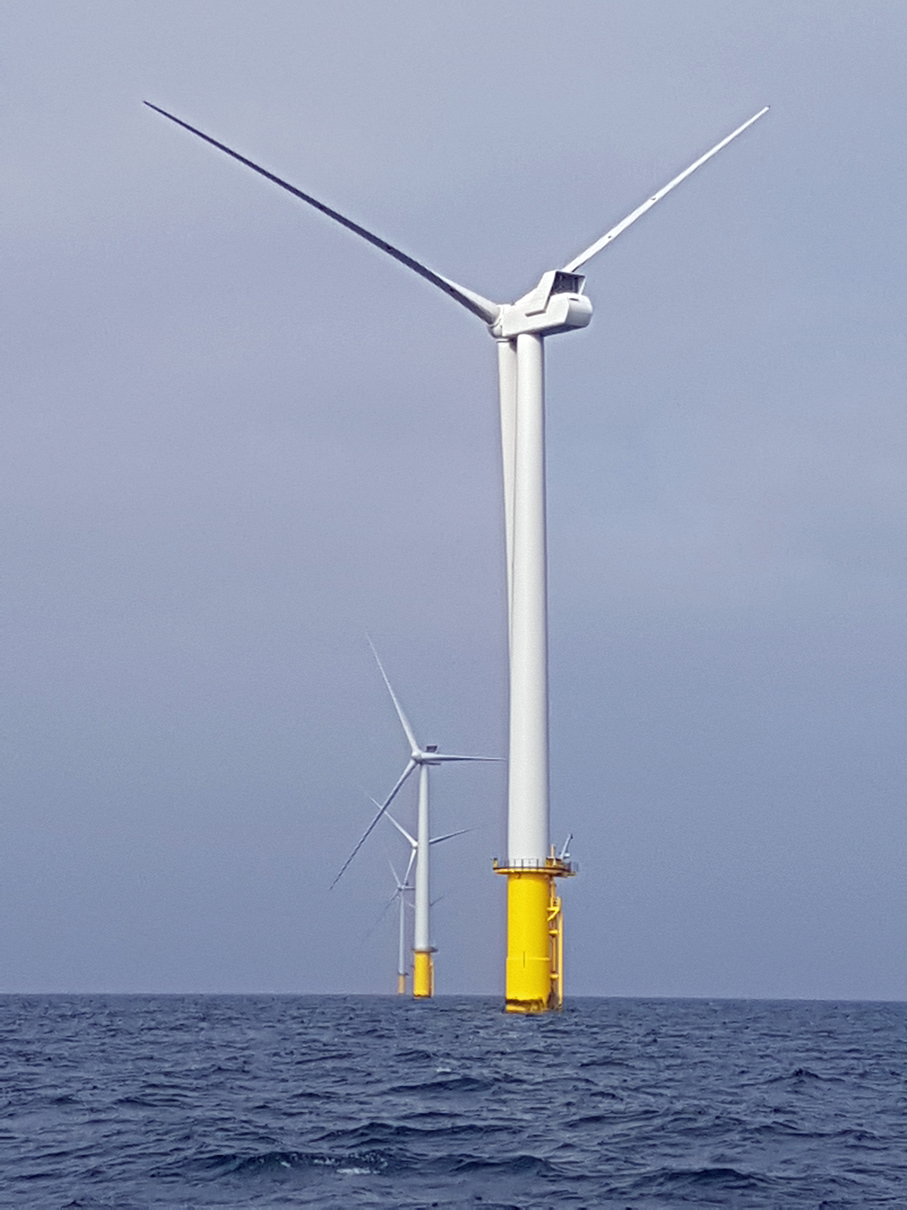 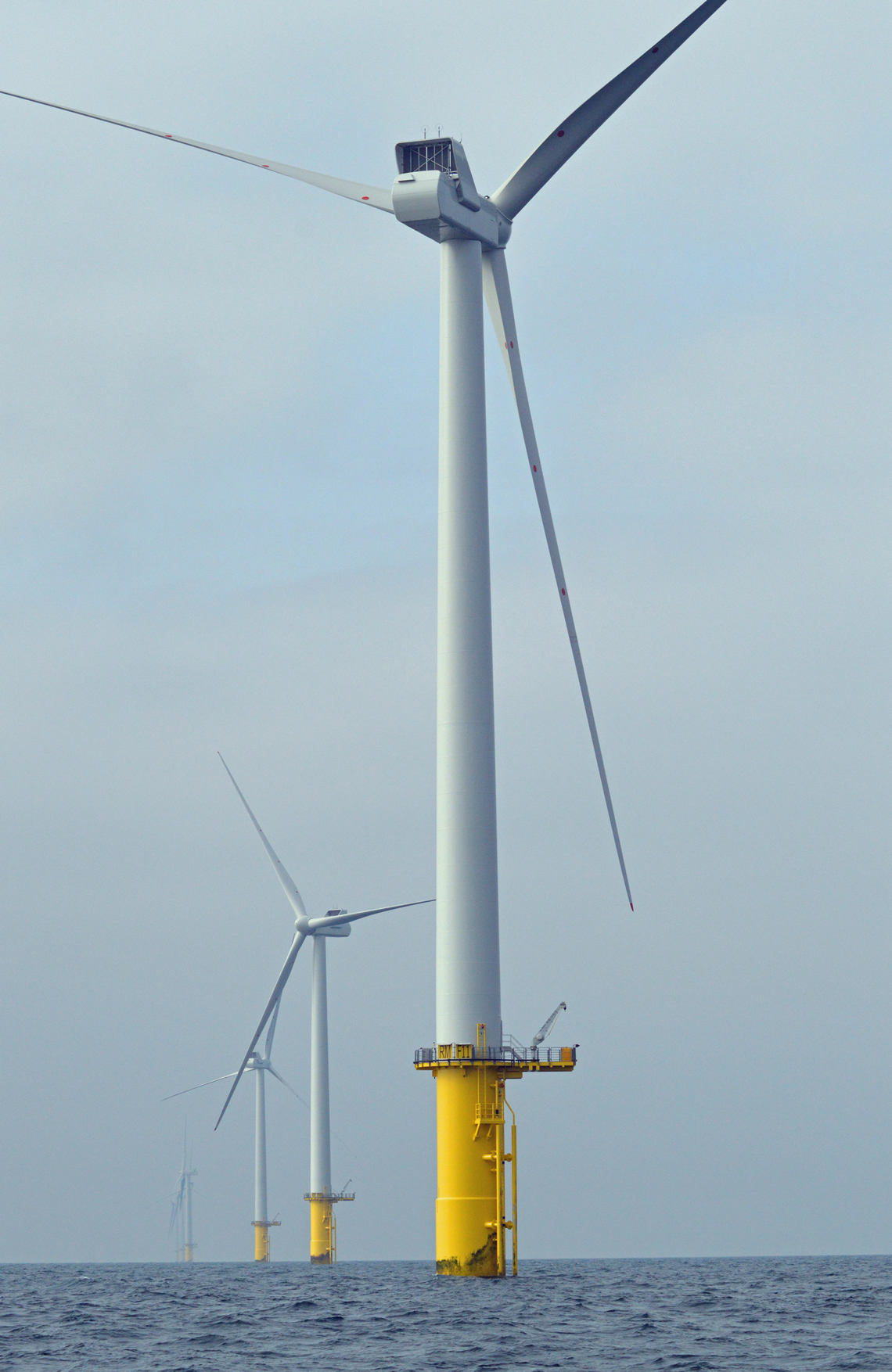 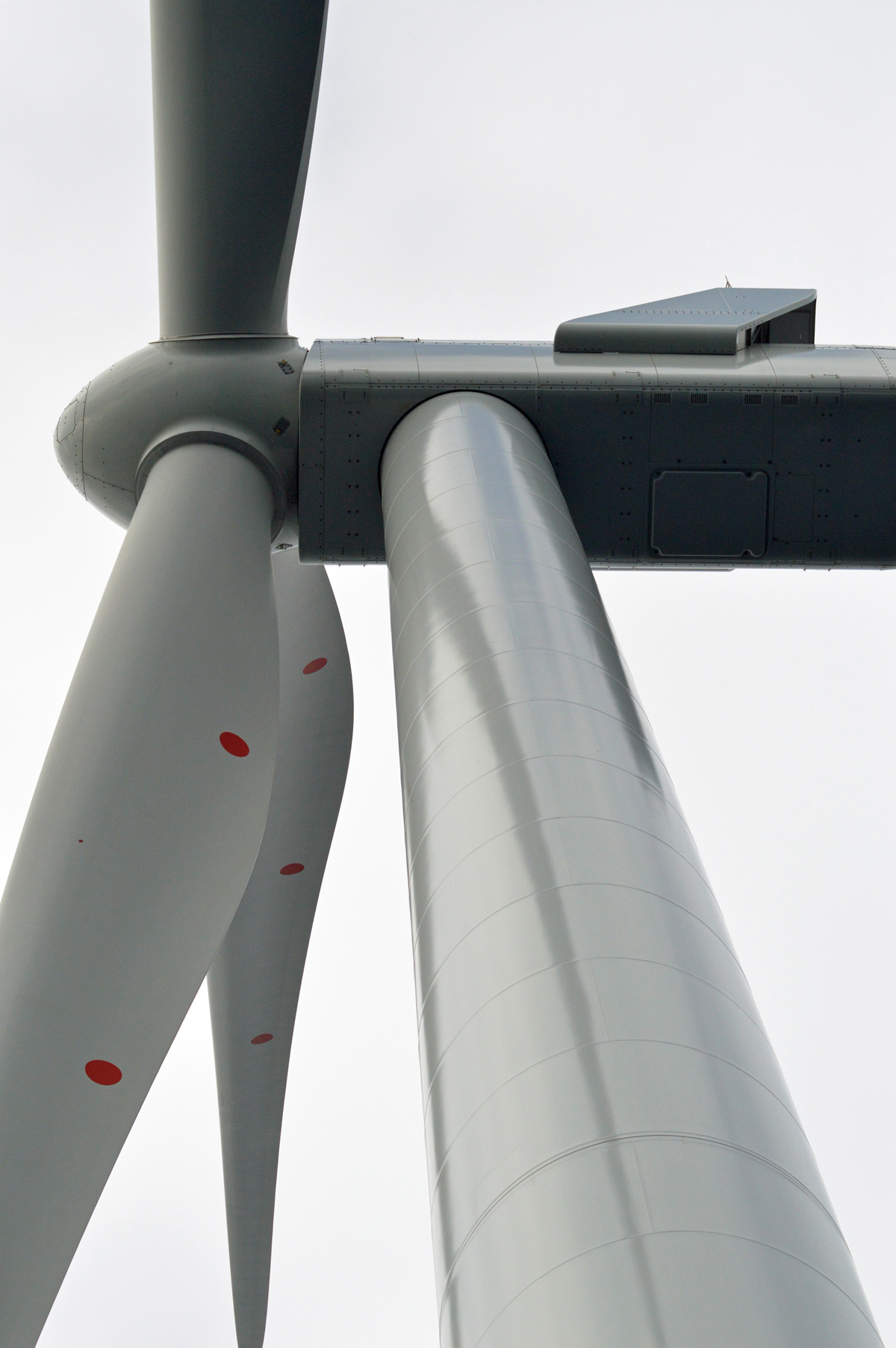 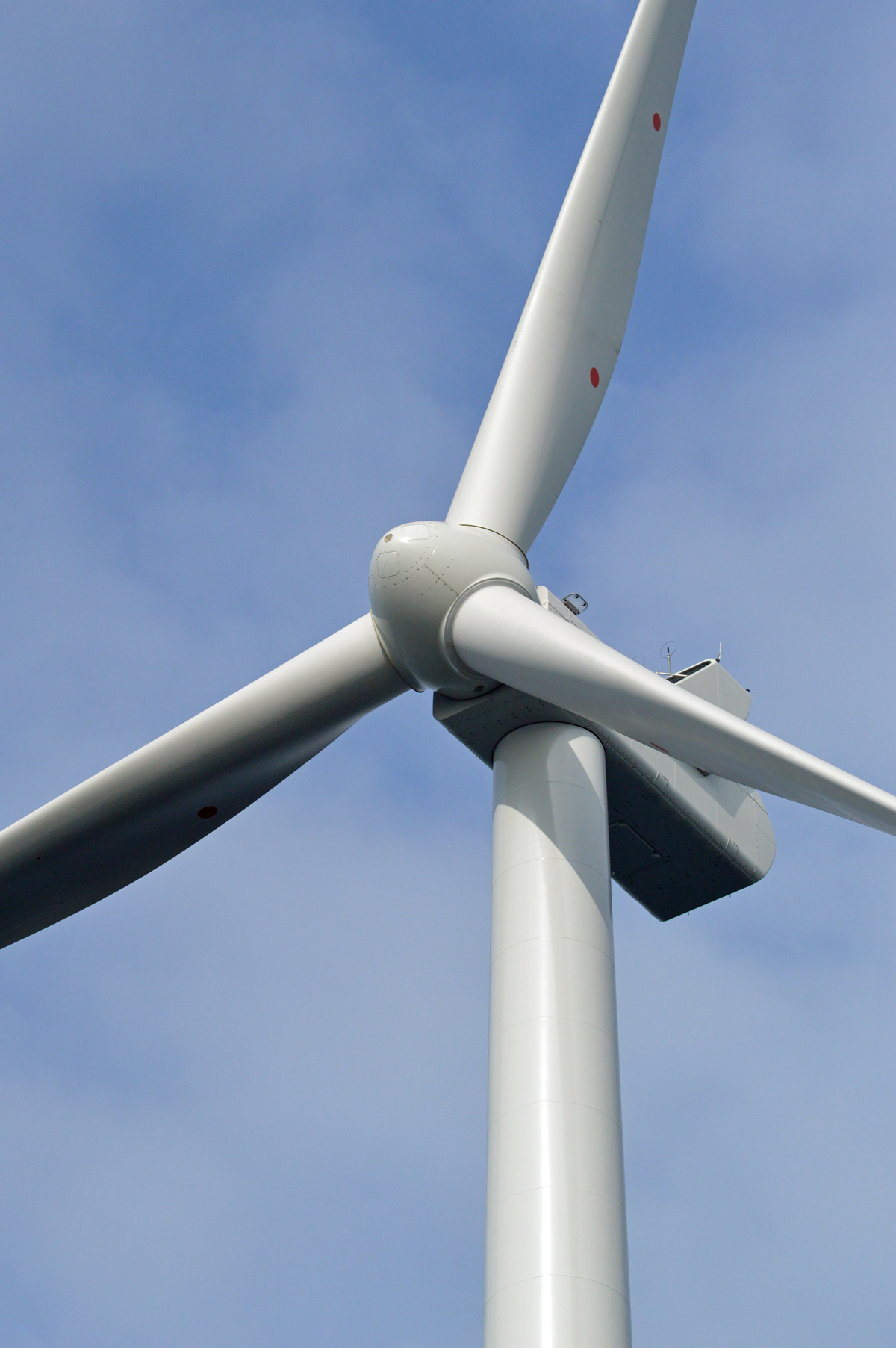 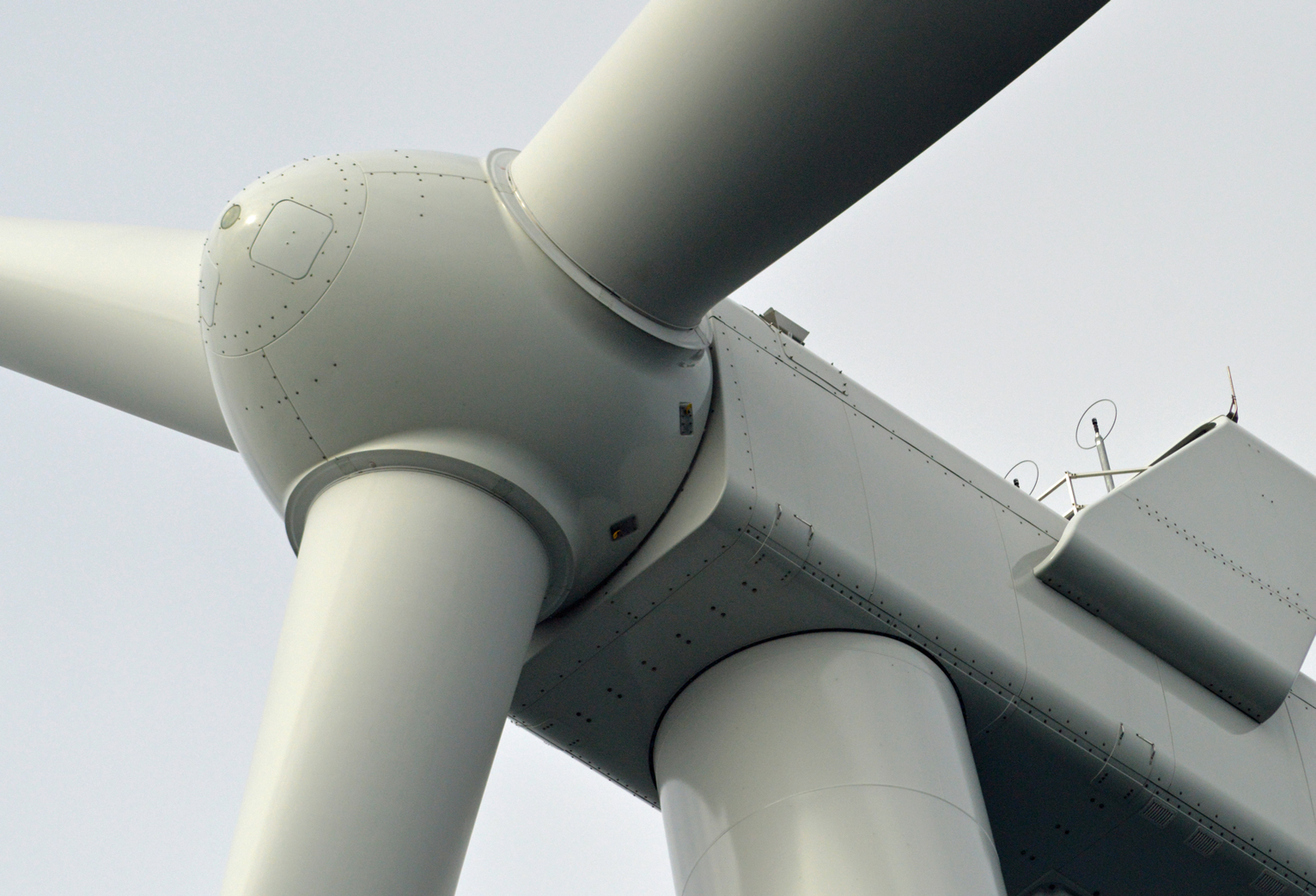 Despite being a Sunday there were several support boats working on the windmills, some of which were tethered to the base of the masts. As we worked our way through the site our skipper passed on some very informative facts about the 1.3 billion pound project. 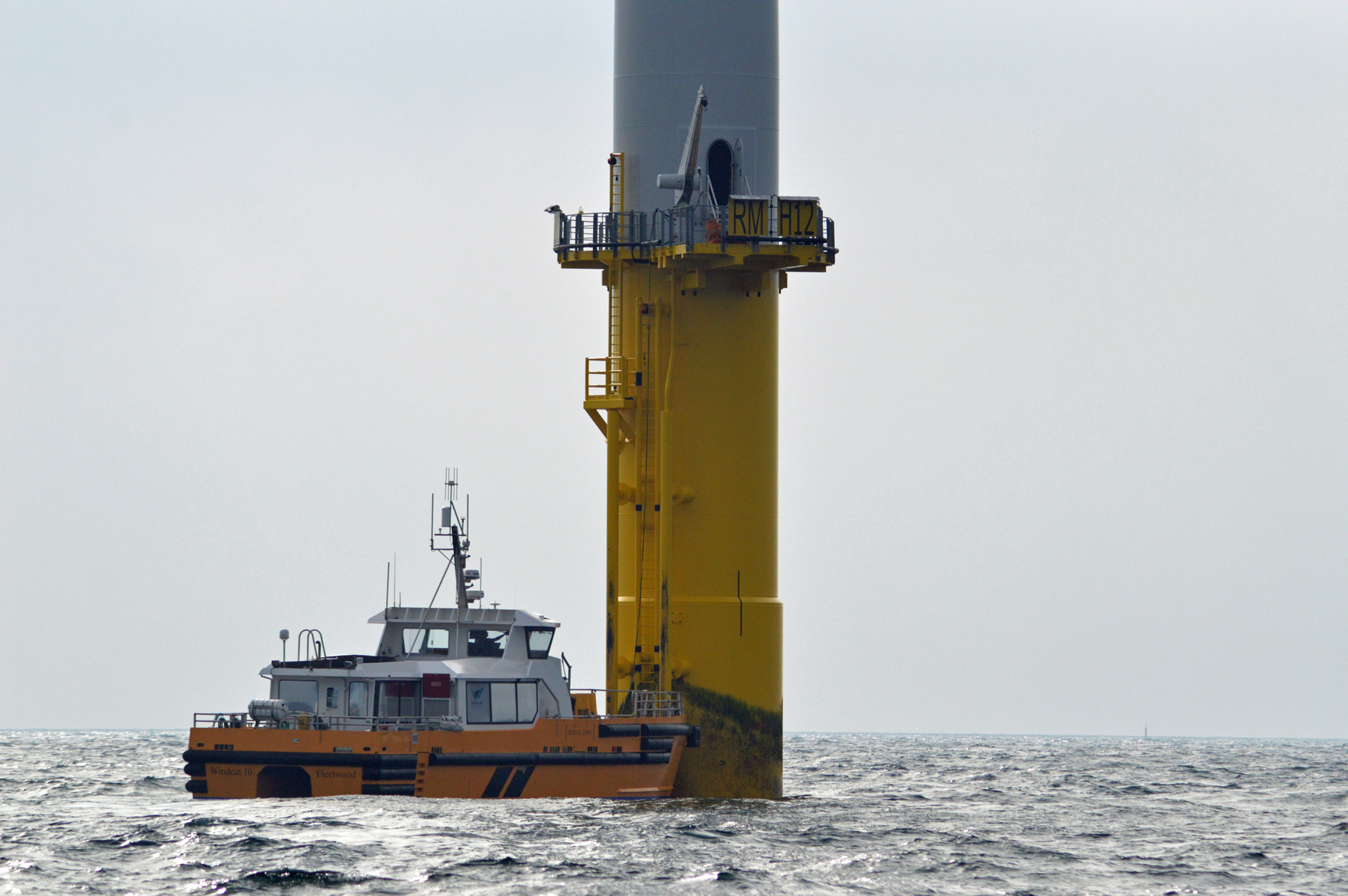 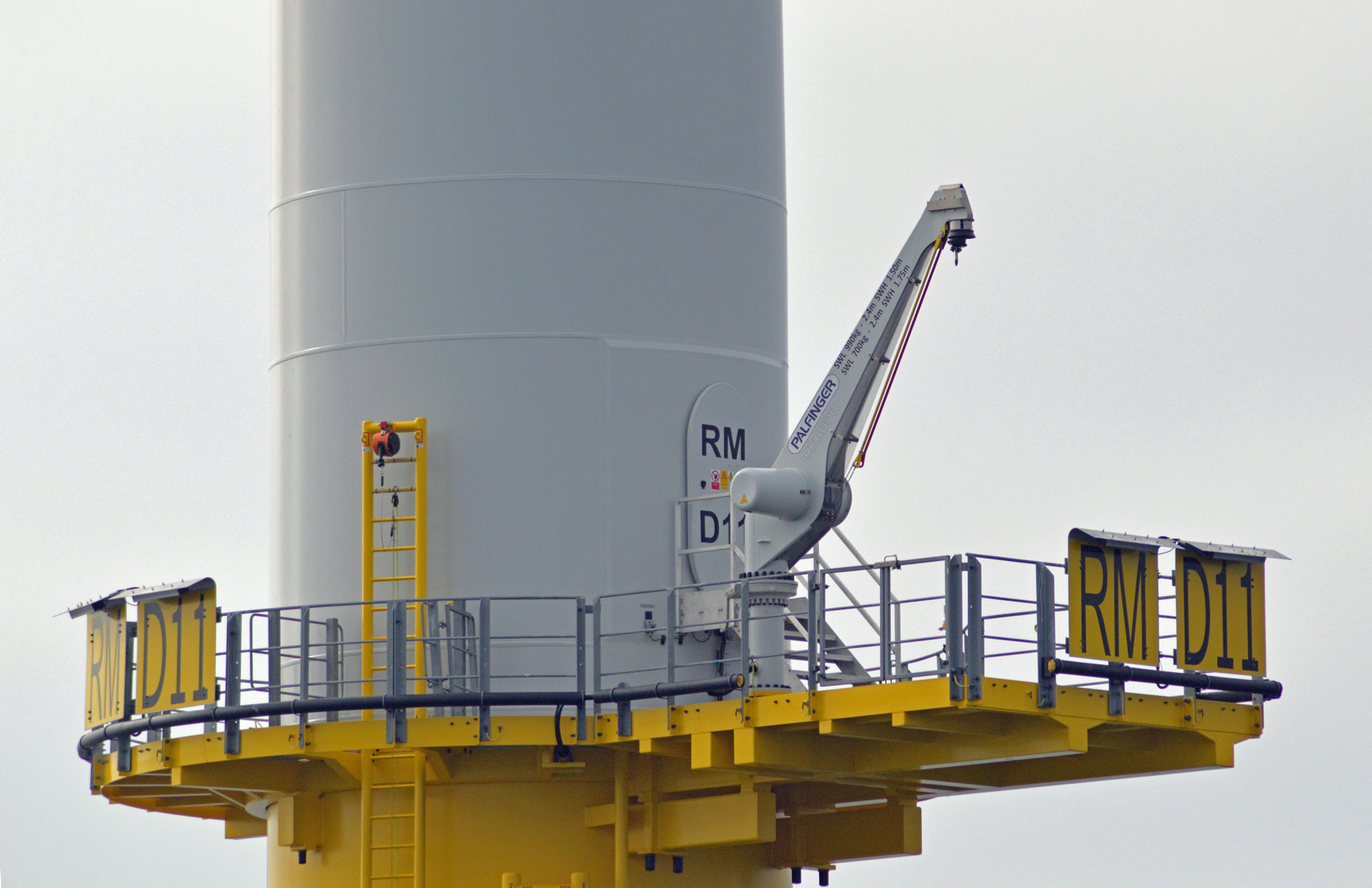 We gradually worked our way through the masts towards the huge rig which was working on the main sub-station for the project. You could clearly see how the hull of the rig was jacked up clear of  the sea by 6 huge jacks reaching down to the sea bed. 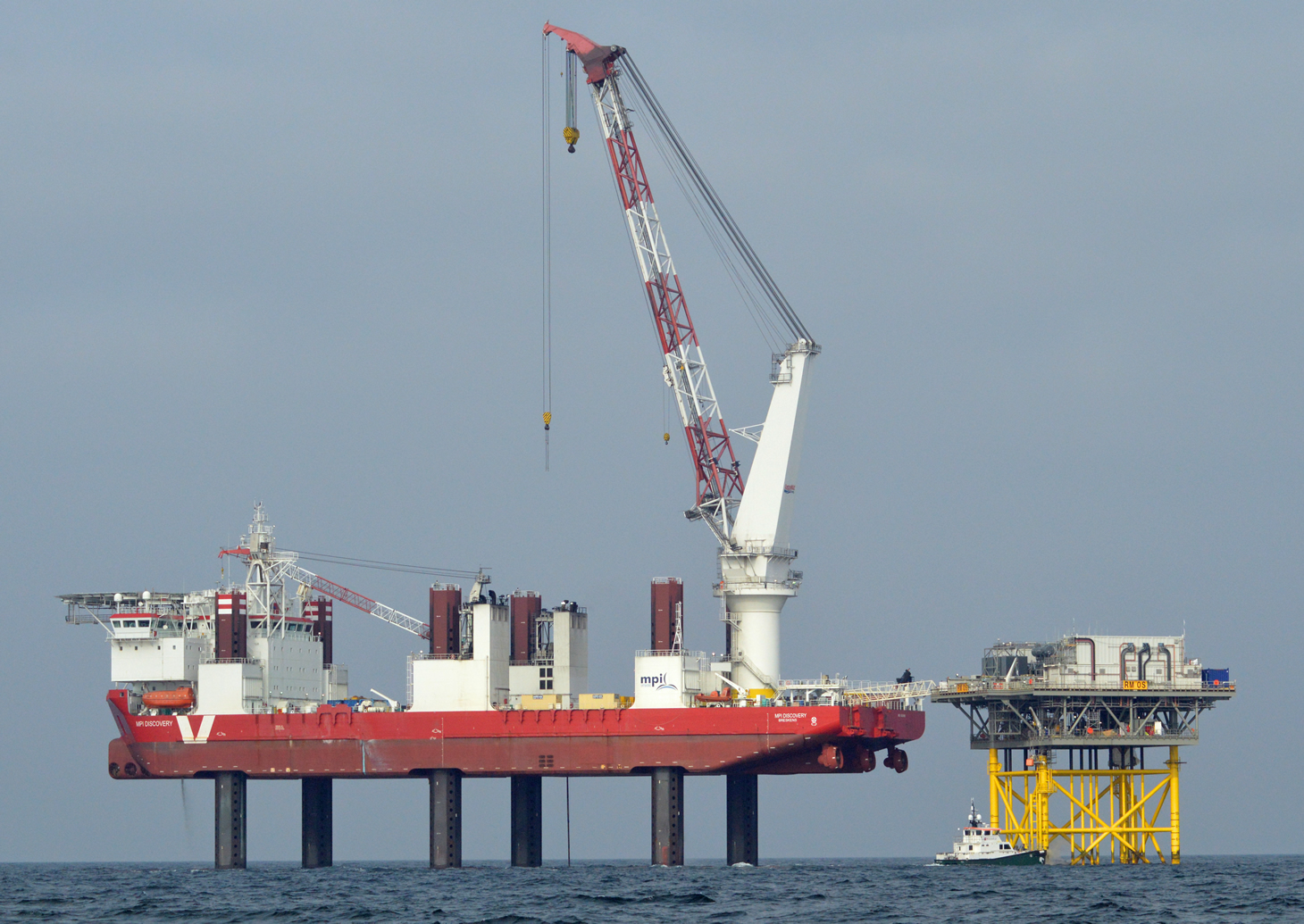 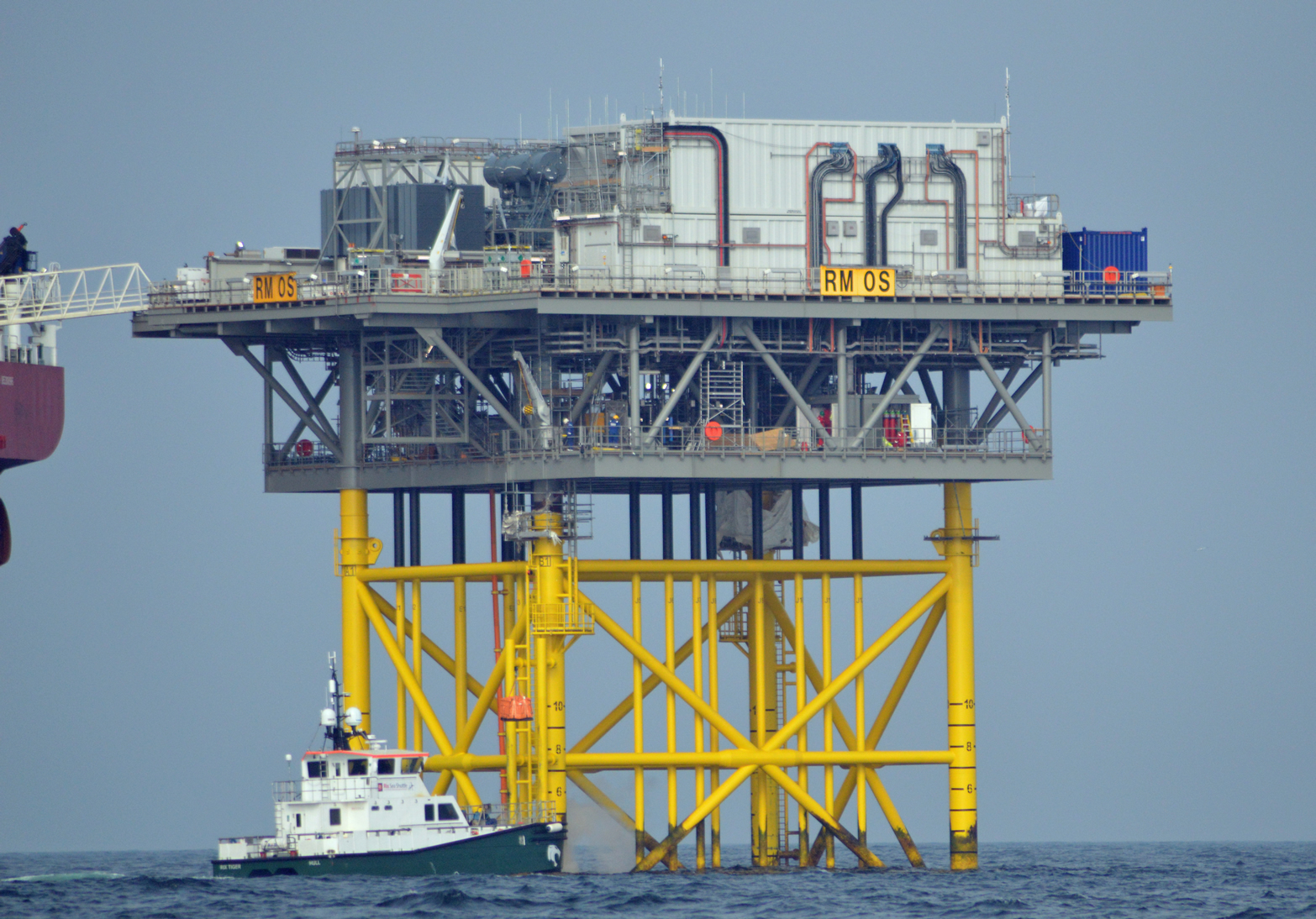 The sub-station will provide the junction for all the individual cables from each windmill.  From there the power will be then sent through buried cables  to the shore at Brooklands park , Lancing where it then passes up over the downs to join the national grid at Bolney. 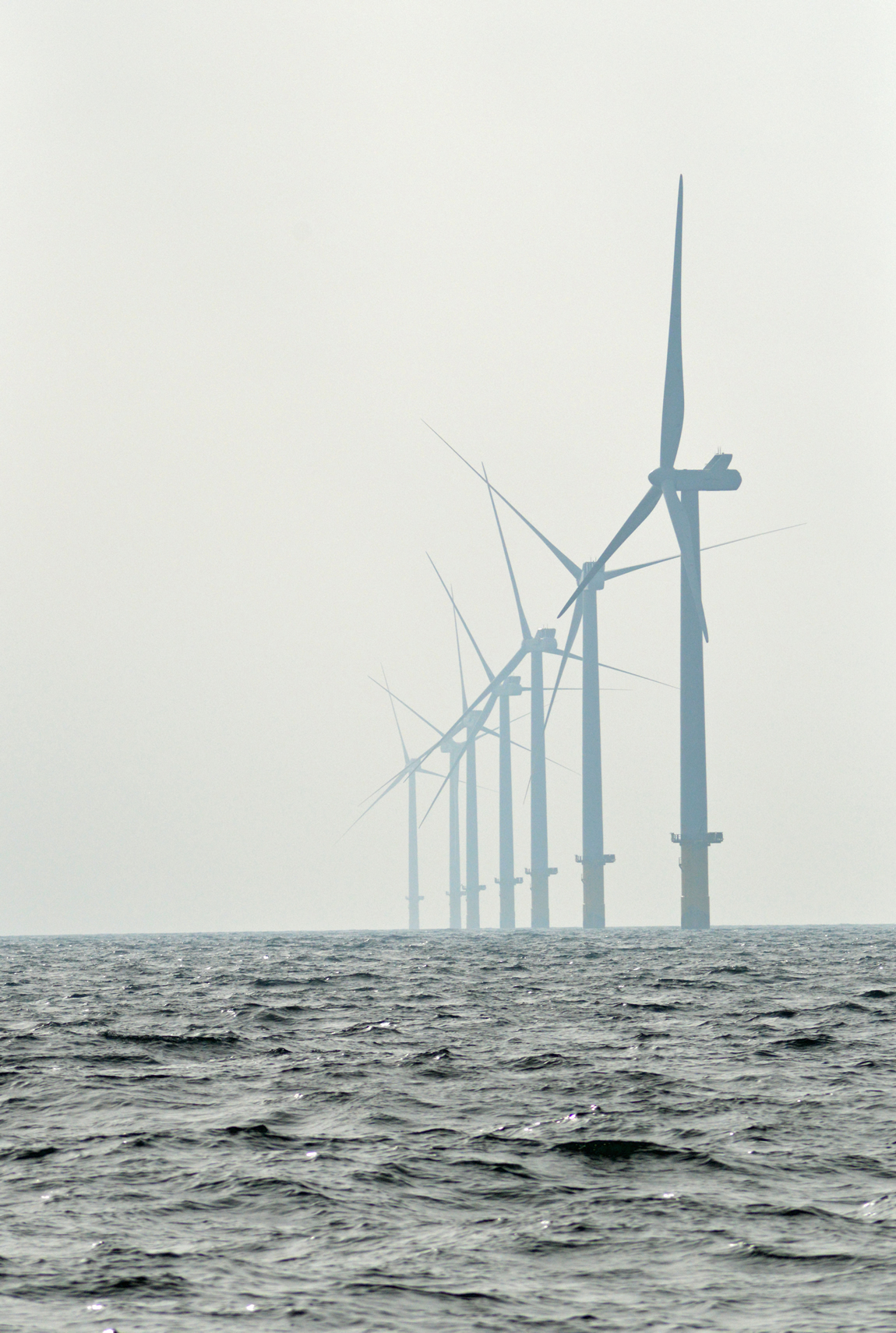 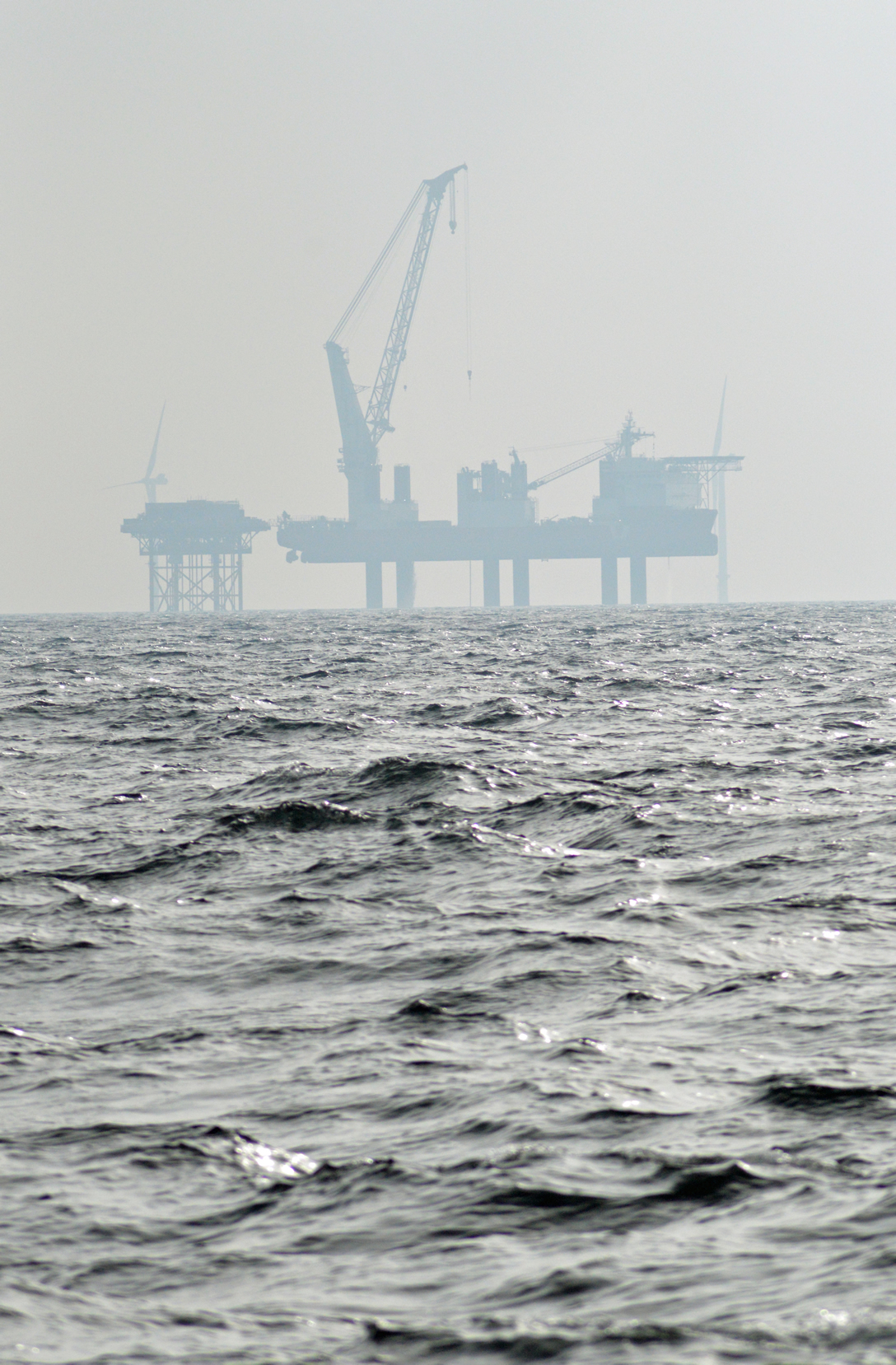 The sun emerged as we made our way back towards the shore on a calmer run as we travelled with the waves, arriving just off the seafront at the i360. From here we travelled along the coast and back to the marina. Altogether a most enjoyable and informative 3 hours!